Governor DeSantis announced that Hurricane Irma costs in Florida have reached $2.63 billion, triggering an increase in the federal cost share from 75 percent to 90 percent. Along with this announcement, Governor DeSantis submitted a letter to President Trump officially requesting this increase in the federal cost share, which will save the state and local governments more than $160 million. To read the letter, click HERE.

"Every single day, my administration has fought to make hurricane recovery a top priority, and today we’re able to take another step forward for Florida communities impacted by recent hurricanes," said Governor DeSantis. “Our state has been devastated by Hurricanes Michael and Irma these past two years, but by working together, we’re rebuilding every community stronger than before. I’m proud of the work we’ve already accomplished on Hurricane recovery statewide, and I look forward to working closely with President Trump to implement this increased federal cost share. As we near the second anniversary of Hurricane Irma’s landfall, I’m grateful to our President for his support of Florida’s long-term recovery.” 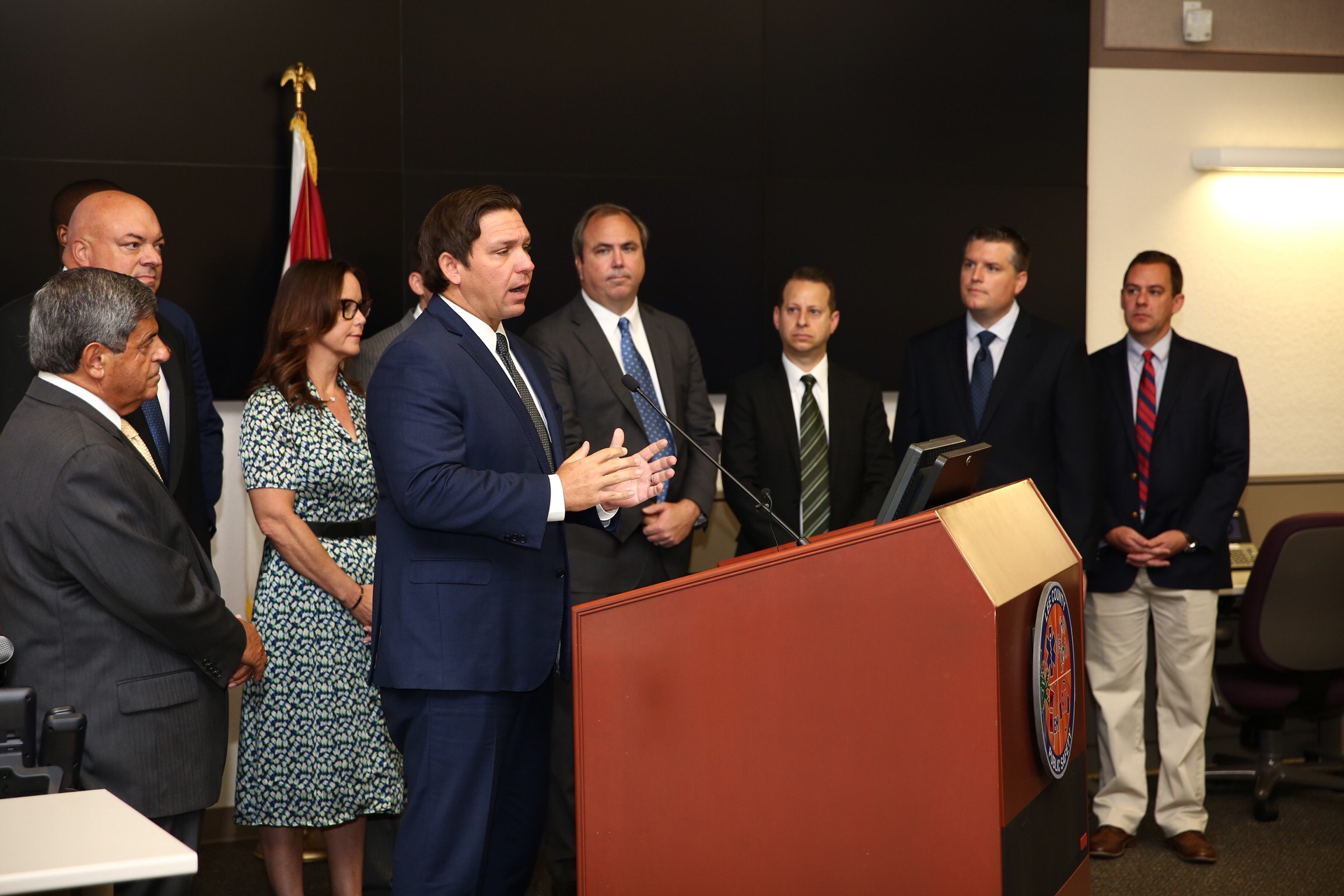 “Hurricane Irma was a once-in-a-lifetime storm – an absolutely massive hurricane that was bookended by Hurricanes Harvey and Maria,” said FDEM Director Jared Moskowitz. “This combination of a vast storm, combined with the strain on available resources, left many Florida communities struggling to recover. With today’s announcement, many of these cities and counties will find much-needed relief in additional federal dollars, which is a huge win for Florida.”

“Thank you, Governor DeSantis and FDEM Director Moskowitz for your leadership and partnership to ensure our local communities impacted by devastating hurricanes get the support they need,” said Brian Hamman, Chairman of the Lee County Commission. “Governor DeSantis’ administration has helped us secure grants to harden our schools and shelter locations. Here in Lee County, we are doing our part to prepare for the next storm and have more than 100 workstations in our emergency management center dedicated to keeping local residents safe. We encourage all Lee County residents not to delay in preparing for the next hurricane.”

In January, the Florida Division of Emergency Management (FDEM) implemented new procedures to accelerate FEMA reimbursements to communities impacted by hurricanes Irma, Matthew and Hermine. Previously, the Division required projects to be 100-percent validated before any funding was awarded. Under the new process, half of the funds are awarded when a project is 50-percent validated, while the Division continues to work with applicants to provide funding as projects continue to be validated. Additionally, for Hurricane Michael, FDEM put in place an expedited process to accelerate funding for Northwest Florida communities. Activating this process will get funds to affected communities more quickly by providing 50 percent of the estimated project costs upfront and requiring less initial review.

In total, since January 8, FDEM has awarded more than $766 million in recovery funding for Hurricanes Michael, Irma, Matthew and Hermine. Governor DeSantis has announced several major hurricane recovery awards, including: