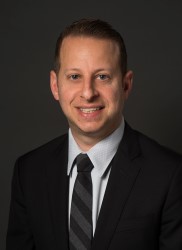 Jared Moskowitz was appointed as Director of Florida's Division of Emergency Management by Governor Ron DeSantis in January 2019. Since then, he has led the state's response to COVID-19, hurricanes Dorian, Isaias, Laura and Sally, as well as more than ten state responses for tropical storms, wildfires and other events. Under Director Moskowitz' leadership, the state has improved processes to provide hurricane recovery funding to cities and counties, and overall has sent more than $3 billion in recovery funding – the most over that time period in the Division’s history.

Prior to his service as FDEM Director, Jared Moskowitz spent more than a decade in emergency management as the General Counsel and Vice President of Business Development for AshBritt Environmental. In that role, Jared supported response and recovery efforts for hurricanes Irma, Matthew, Michael and Hermine, and the 2017 wildfires in California as well as Superstorm Sandy, which struck the Northeastern United States in 2012.

Jared’s foray into public service officially began in 2006, when he was elected at the age of 25 to the Parkland City Commission while he was a law student at the Shepard Broad Law Center at Nova Southeastern University. Jared also served from 2012-2019 as State Representative for District 97, representing Coral Springs, Tamarac, Sunrise and Plantation.

Jared and his wife are proud parents to two boys, Sam (7) and Max (4). Jared, who was raised in South Florida, is honored to serve Floridians and their local communities as Director of the Division of Emergency Management.

...Showers and a Few Storms in North Florida...Isolated Showers Along East Coast and in South Florida...Patchy Fog Again Tonight for Inland Parts of the State...Dangerous Rip Currents Along Many Atlantic and Panhandle Beaches...Severe Weather Possible Sunday into Monday across North and Central Florida...